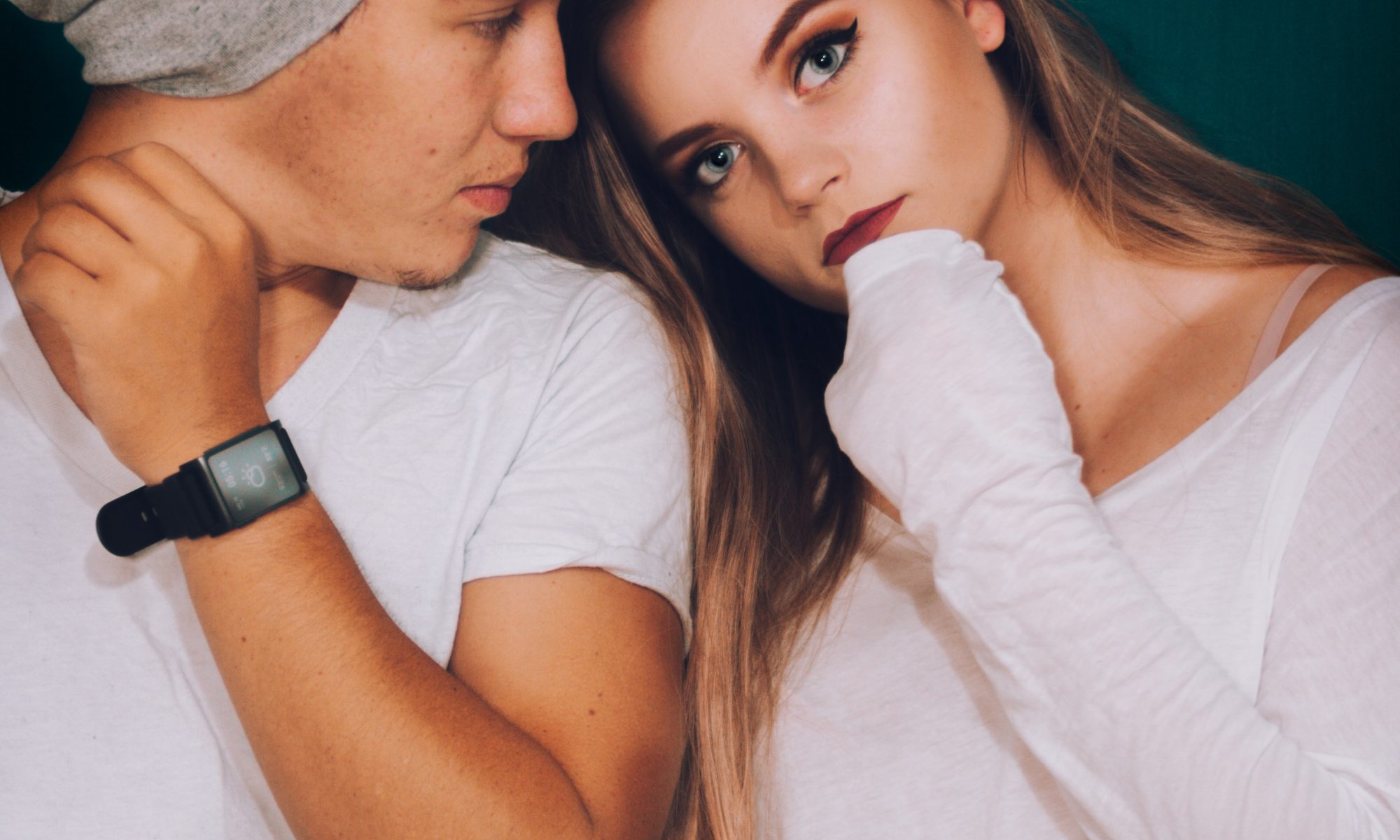 Why So Many “Hot” Men and Women Have Trouble Finding Deep, Lasting Love

After 30 years as a coach and counselor, I’ve met and treated a lot of different kinds of people. By virtue of sheer numbers over time, I have been a sought-after therapist, including by “hot” people (read: people considered conventionally attractive) in their 20s, 30s, and 40s.

How ‘hotness’ impacts our sense of self — and, in turn, our relationships.

Physically attractive adults come in two types: those who know they are good-looking and those who don’t see that in themselves or who deny it out of humility.

Men are overwhelmingly more visual in their evaluation than women, both of themselves and of other people.

And physical “beauty” leads the list of desirable traits for a man seeking a woman to date. But women are drawn more to other attributes: emotional and financial stability, respectfulness, humility with confidence, and a winning smile.

While a physically attractive woman may take time to get ready for her day, she rarely has thoughts about how great she looks.

A man is more likely to be positively self-evaluative when he has appraised his looks in the mirror.

When mutually super-attractive people — what some would rate a “10” using the old trope — enter a relationship, how do their looks and the impression they make on others affect the couple in the short- and long-term?

The trouble with beauty for women

These generalized observations make for some difficult coupling dynamics. Good-looking men are often full of themselves and arrogant. Beautiful women are the objects of desire by men and often are approached only by physically attractive men because more “ordinary” men make the mistake of thinking that because they are not winsome they do not have a chance with a particular “hot“ woman.

When a man has other attractive attributes such as a good sense of humor, humility, a winning smile, a good job, an interest in literature or other cultural entertainment, and is a good listener and conversationalist, he is very likely to be at least cautiously welcomed by a physically attractive woman. This is particularly true if she is also interested in literature, travel, cultural entertainment, and so on.

The problem is that the ordinary guy doesn’t approach her, doesn’t ask her for a date, and suffers because the only men who do so are arrogant and primarily interested in her beauty.

Over the course of time, it is not unusual for a beautiful woman to become jaded by the possibility of finding a man with whom she can create a fully intimate relationship.

Or she may “settle” for an attractive man in spite of his anti-relational attitudes. This frustration often leads a woman to seek counseling for depression, hopelessness, or coaching on how to change who she is attracting. To make matters worse for her, especially when she is young, lots of women she meets are cold and dismissive of her.

How beauty becomes troublesome for men

Men don’t suffer from this kind of prejudice but arrogance and self-absorption is a turn-off to other men, as well as to women. Women in their 30s and 40s have often had enough experience with full-of-themselves men to be suspicious but it’s hard to ignore the charm that many handsome men have developed.

Nevertheless, the wise, confident beauty will let her suspicions take the lead while still being curious to learn if the guy from whom she’s accepted an invitation will be an exception. It won’t take long for him to demonstrate if he’s interested in who she is and not just her beauty. If he doesn’t pass her internal evaluation or at least impress her as a “maybe,” he will have lost her.

Sadly, this man probably won’t look at himself in the interaction but will blame her as cold or stuck-up. If his behavior and failure to assess himself is a recurrent response to rejection, he may find himself lonely or moving from one woman to the next, thereby perpetuating something close to misogyny.

In this case, he will be quite unhappy and angry

So what’s an attractive person who wants a real relationship to do?

Physical attractiveness certainly can be a handicap for both men and women, more pronounced for women who have many talents and attributes beyond their appearance. So, what is a 20-, 30-, even 40-something to do?

An attractive man would do well by cultivating humility and developing his conversational skills. Most people like to talk about themselves, at least a little, and when a man shows an interest in a woman’s intelligence, aspirations, interests and accomplishments and spares her his compliments in favor of sharing his own similar interests he is likely to keep her attention at least long enough to ask for a date.

Most people like to talk about themselves, at least a little, and when a man shows an interest in a woman’s intelligence, aspirations, interests and accomplishments and spares her his compliments in favor of sharing his own similar interests he is likely to keep her attention at least long enough to ask for a date.This is true for any man but the really handsome man may encounter an initial frostiness from a beautiful woman that an ordinary and genuine man might not. A confident, well-rounded, regular guy actually has an advantage over the “10!”

What’s a single woman seeking a relationship to do?

The beautiful woman has a much bigger handicap because the really good quality men are so often intimidated by her appearance. She has to pay attention to what the regular guys are doing, saying, and thinking when they don’t know she’s attending. Then, she’ll have to give some signals of interest which the handsome man assumes are present by virtue of his appearance

Now, there are plenty of handsome men who are not arrogant or full of themselves, but because a beautiful woman has had experience with the full-of-himself man, it may be difficult for the really good, attractive man to get over the hurdle of her expectation.

Often an attractive woman tries to cultivate a demeanor that can’t be interpreted as flirting, so she may have to learn subtle ways of encouraging that talented and interesting “5” to express interest and approach her.

My advice for a woman who is considered to be a “9” or “10” is: If you are single and hoping to find a good man, your antennae for arrogance is already tuned in — pay attention to it. And……

1. Keep an eye out for the ordinary, bright, accomplished, capable, confident man who isn’t really paying much attention to you.

Don’t assume that’s aloofness. Consider that he’s confident in himself, but has already assumed you won’t be interested in him. You’ll get his attention by being a little interested in him, but with subtlety: chin down, eyes up looking at him. Show genuine interest in what he’s “up to” with his life.

Occasional, subtle physical contact — a slight touch of the arm or shoulder — also can send a signal that you’re interested.

2. Some men are dense or even nervous, so don’t fear asking him out!  He’ll be surprised, maybe flustered but keep looking at him, expectantly. If he needs a little prod, say something like, “Seriously!” with a smile.

Now for the men.

If you’re an attractive guy and the woman you are interested in has been bold enough to direct her attention toward you, be quiet both about yourself and how much you want her and her beauty.

You may think you’re hot, but while that may be true, it may be third or fourth on her list of favorable attributes.

Put yourself genuinely in the background. Express curiosity, pay attention without planning how to “get” her, and if she does favor you with her attention, above all else, don’t be needy, desperate, or remind her how great you are. She’s got a life and aspirations, and if you’ve had a date or two with her, live your life and let her find out about you without your trying.

Being considered good-looking doesn’t doom you to being single or settling.

I know more about the perils of beauty for a woman than I do about the suffering of the very handsome man. Why? Because women seek out a therapist far more often than men.

If you heed my advice, you will find someone who fits you. Valuing your partner for all that he or she is and appreciating everything he or she offers — irrespective of physical appearance — will get you the right mate. Even if you are both 10s!

RELATED: How To Get A Guy To Notice You — And Keep His Attention